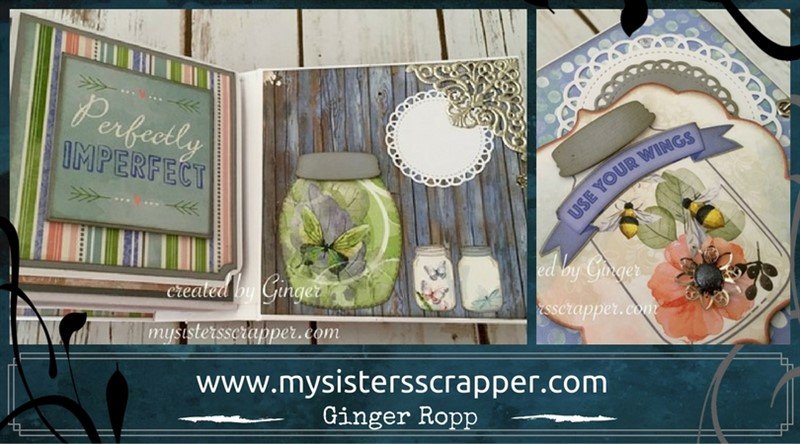 Good morning, everyone!  Like promised on Monday, I have another project to share with you.  Design team member, Ginger Ropp (MySistersScrapper), created this amazingly cute mini album using BoBunny’s “Butterfly Kisses” paper collection.

Before I get to the mini though…we must all bid Ginger adieu 🙁  She has remained on this design team since April 2015, and this will be her last design team project for ButterBeeScraps.  Ginger, thank you sooooo much for being such an awesome addition to this design team!

I must say, Ginger did create a super cute mini, but the paper really is quite adorable!  Here’s a look at the cover of her mini album: 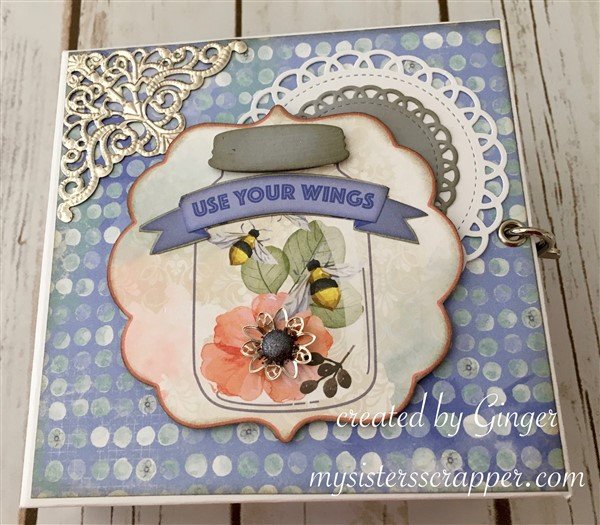 It’s pretty hard to tell in this photo, but Ginger added a clear shimmer over the lid on the jar, which really makes it “pop” 🙂  In the upper left hand corner, she added a silver filigree corner (#808-P) from ButterBeeScraps.  She also used a few more metal items to create the mini album closure: 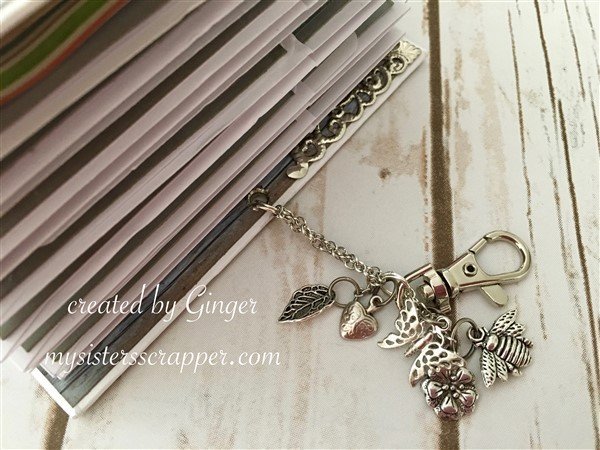 Ginger just added one large silver eyelet on the edge of each cover, and used a chain with a large silver lobster clasp (#CL505-P) to bridge the covers.  She also added silver charms from the Flutter By and Autumn Harvest charm collections.

Here’s a peek inside her mini album:

Can this mini get any cuter?  I really do think that BoBunny nailed it with the color scheme on this one…even though there is no brown in it 😉

I hope you enjoyed this project.  If you’re wanting more, please hop on over to Ginger’s YouTube channel and watch the video she uploaded.  She does a complete flip through of the entire mini album 🙂

As usual, I am grateful you decided to stop by today!  Have a great day, and I’ll chat at ya tomorrow with our next tutorial 🙂  Cheers!