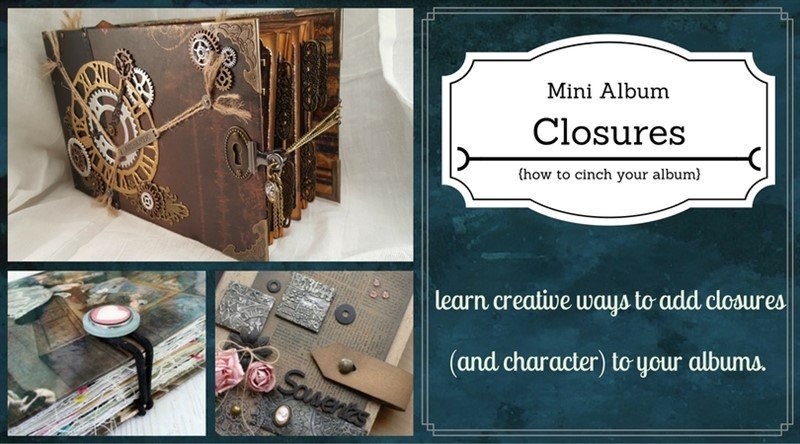 Happy Thursday, everyone!  Last week, I started sharing different ways that you can add closures to your mini albums and journals.  I had so many ideas, in fact, that I had to spread it over 2 weeks!  So…are you ready to learn some new album closure methods?  Awesome!  Let’s dive right in!

This first mini album closure that I’ll be discussing this week requires only a few simple materials…an elastic hair tie, a brad or eyelet, and a hitch fastener, knob or shanked button.  For this closure, an elastic hair tie is attached to the outside back cover and the button is attached to the outside front cover of your mini album.  When the album is closed, you just stretch the elastic over the hitch fastener.  Here’s a look at this type of closure that Debbie-Anne from Vintage Junk Journals used on one of her books:

You can see that she attached the elastic through a small hole in the back cover.  Another option would be to use a brad to attach the elastic to the back cover.  Debbie-Anne also used a button with a shank on the front cover to loop the elastic over.  You can also use a hitch fastener or a small knob…kinda like the new Faceted Clear and Silver Drawer Pulls (#HD660-P) in the ButterBeeScraps shop.

Debbie-Anne shares step-by-step instructions with clear pictures on how she uses this closure over on her blog.  Cathy at SoMuchScrap on YouTube also has a video that shares another variation on this closure.

This next closure puts a little twist on the elastic hair tie closure…in this case, you must use a hitch fastener on the front cover of your mini album.  Instead of the elastic, however, you can use a piece of leather with a slit cut into it or even a ribbon with an eyelet in the end for slipping over the hitch fastener.  Patricia da Silva over at le Scrap de Patmiaou shows a beautiful example of this style of closure on one of her junk journals: 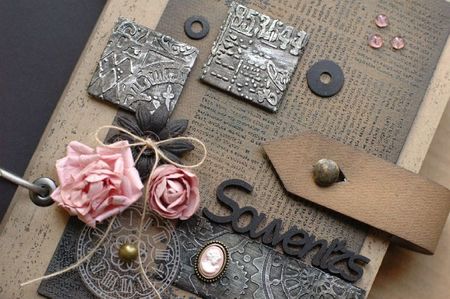 I used this type of closure on my latest Kaisercraft “Just Landed” mini album: 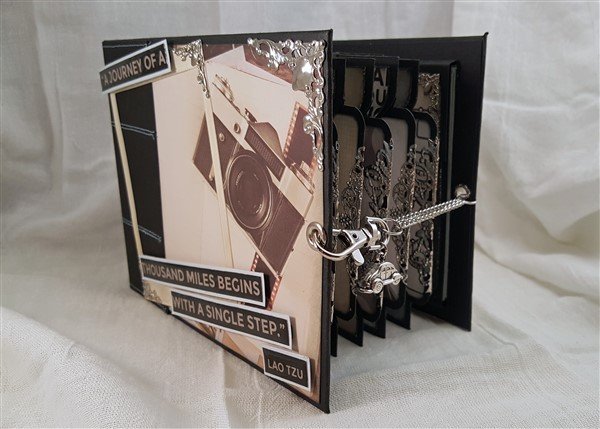 All I did was add an eyelet to the front and back covers of my mini album.  I then used a jump ring to attach a chain with a large lobster clasp on the end to the eyelet in the back cover.  All you need to do to “close” the mini is clip the lobster clasp through the eyelet on the front cover.  Instead of a lobster clasp, you can opt to use a toggle clasp, as well.

This next closure is very similar to the chain and clasp closure we just looked at.  All you have to do is replace the lobster clasp with a small clip and eliminate the eyelet on the front cover.  I used this type of closure on my BoBunny Weekend Market mini album: 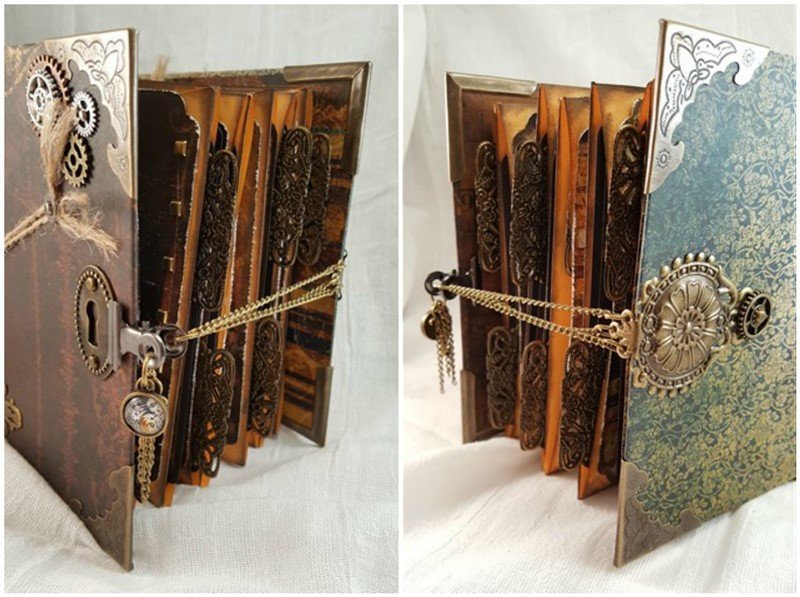 A variation on this closure is to use clips on both ends of your chain or ribbon.  In this case, you will not need to add an eyelet on either cover because each end of your chain will clip to opposite covers of your mini album 🙂

This is the last type of mini album closure that I’ll be covering, but it is the one with the most number of variations.  The one common element in all the variations, though, is a flap that extends from the back cover and typically overlaps the front cover.  The variations include several different ways of securing the flap in place while the mini album is closed.

If you think way back to Marina’s second DT project, she created a photo folio using G45’s Botanicabella paper in which she had a flap closure that she secured using elastics diagonally over the corners of her cover: 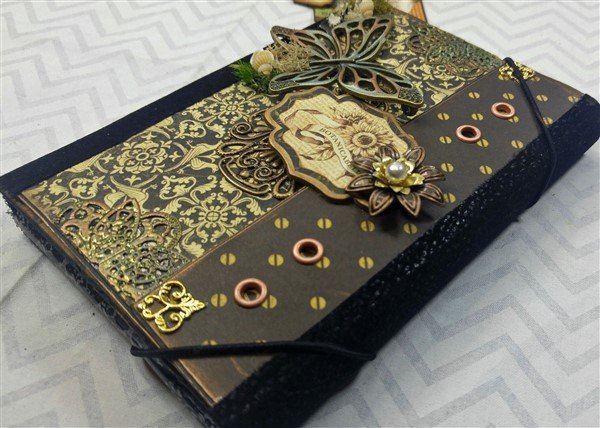 Marina also used this type of closure on her Old World Druid journal.  In this case, the flap does not wrap onto the front cover and she used an Antique Bronze Box Closure (#HD659-B) to secure the flap: 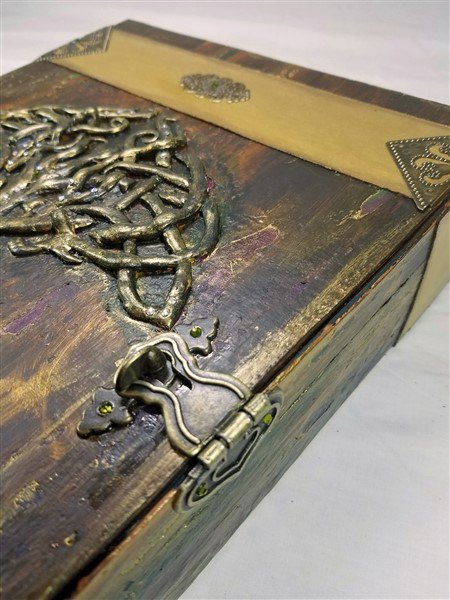 Here’s a look at the closure on a mini album that Gaby Simon from Scrap Brocante created.  She used a different style box latch to hold the the flap of her mini in place: 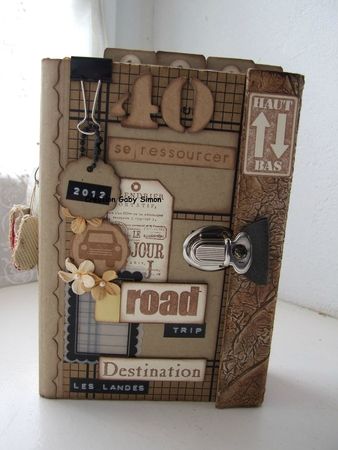 Don’t forget, this flap can be made from other types of materials, such as canvas or grunge paper.  The flap can also be held in place using snaps, buttons or even magnets…your imagination is the only limitation!

Well, that concludes my brain dump of closures that can be used on your mini albums and journals.  I hope this has spurred some inspiration and that you try a new type of closure on your next mini 😉  Thanks for stopping by…Cheers!